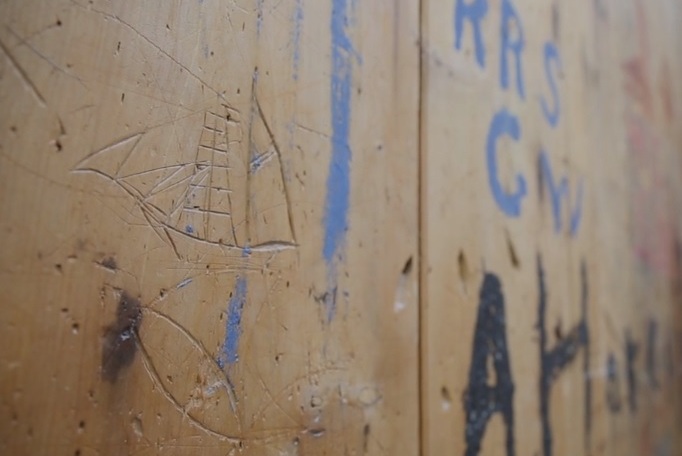 Three Orkney heritage organisations, Westray Heritage Centre, Orkney Museums and the Orkney Historic Boat Society, were invited to join a project together with 3 others in Shetland to create a ‘virtual museum’ on maritime heritage in the Northern Isles. Each organisation researched and contributed information on 3 topics. Those chosen by WHC were:

· a Hewison Ledger for 1888 recording fish purchased in Westray for salt fish processing and export. The modern equivalent of £280,000 was paid to named vessels which were mostly well-boats supplying live cod to southern markets. Named Westray people supplying fish also received an equivalent of £50,000 in the same year.

· recollections by Alec Costie of his experiences in the whaling industry in South Georgia near the end of that industry in the South Atlantic. Quotes from an interview and personal photographs illustrate the world-wide activities of many Westray men in distant-water maritime careers.

In addition, a film made for OHBS on the construction of the new Westray skiff ‘Ailsa’ is of particular local interest, as this skiff now regularly competes in Westray sailing competitions.

The Virtual Museum opened in 2019 and consists of several galleries as illustrated below. These with direct relevance to Westray include:

· in the ‘About New Connections’ gallery, the sub-galleries ‘Making connections in Westray —‘, and ‘Alex Costie: Westray’s last whaler’ provide information on the WHC projects

· in the ‘Creative Response’ gallery, there is a discussion on how artistic and heritage inspiration was obtained from the Graffiti Wall

· in the ‘Films’ gallery, the sub-gallery ‘New Connections: Building ‘ includes a discussion on the construction of the skiff ‘Ailsa’.

The Virtual Museum website can be accessed at: https://irc.hw.ac.uk/new-connections.html